A function is a group of statements that together perform a task. Every Go program has at least one function, which is main(). You can divide your code into separate functions. How you divide your code among different functions is up to you, but logically, the division should be such that each function performs a specific task. A function declaration tells the compiler about a function name, return type, and parameters. A function definition provides the actual body of the function.

A function is an independent section of code that maps zero or more input parameters to zero or more output parameters. Functions (also known as procedures or subroutines) are often represented as a black box: (the black box represents the function)

Until now the programs we have written in Go have used only one function:

We will now begin writing programs that use more than one function.

Remember this program from chapter 6:

This program computes the average of a series of numbers. Finding the average like this is a very general problem, so it’s an ideal candidate for definition as a function.

The average function will need to take in a slice of float64s and return one float64. Insert this before the main function:

Finally we have the function body which is a series of statements between curly braces. In this body we invoke a built-in function called panic which causes a run time error. (We’ll see more about panic later in this chapter) Writing functions can be difficult so it’s a good idea to break the process into manageable chunks, rather than trying to implement the entire thing in one large step.

Now let’s take the code from our main function and move it into our average function:

Notice that we changed the fmt.Println to be a return instead. The return statement causes the function to immediately stop and return the value after it to the function that called this one. Modify main to look like this:

Running this program should give you exactly the same result as the original. A few things to keep in mind:

Go is also capable of returning multiple values from a function:

There is a special form available for the last parameter in a Go function:

By using ... before the type name of the last parameter you can indicate that it takes zero or more of those parameters. In this case we take zero or more ints. We invoke the function like any other function except we can pass as many ints as we want.

This is precisely how the fmt.Println function is implemented:

The Println function takes any number of values of any type. (The special interface{} type will be discussed in more detail in chapter 9)

We can also pass a slice of ints by following the slice with ...:

It is possible to create functions inside of functions:

add is a local variable that has the type func(int, int) int (a function that takes two ints and returns an int). When you create a local function like this it also has access to other local variables (remember scope from chapter 4):

increment adds 1 to the variable x which is defined in the main function’s scope. This x variable can be accessed and modified by the increment function. This is why the first time we call increment we see 1 displayed, but the second time we call it we see 2 displayed.

A function like this together with the non-local variables it references is known as a closure. In this case increment and the variable x form the closure.

One way to use closure is by writing a function which returns another function which – when called – can generate a sequence of numbers. For example here’s how we might generate all the even numbers:

makeEvenGenerator returns a function which generates even numbers. Each time it’s called it adds 2 to the local i variable which – unlike normal local variables – persists between calls.

Finally a function is able to call itself. Here is one way to compute the factorial of a number:

factorial calls itself, which is what makes this function recursive. In order to better understand how this function works, lets walk through factorial(2):

Go has a special statement called defer which schedules a function call to be run after the function completes. Consider the following example:

This program prints 1st followed by 2nd. Basically defer moves the call to second to the end of the function:

defer is often used when resources need to be freed in some way. For example when we open a file we need to make sure to close it later. With defer:

This has 3 advantages: (1) it keeps our Close call near our Open call so it’s easier to understand, (2) if our function had multiple return statements (perhaps one in an if and one in an else) Close will happen before both of them and (3) deferred functions are run even if a run-time panic occurs.

Earlier we created a function that called the panic function to cause a run time error. We can handle a run-time panic with the built-in recover function. recover stops the panic and returns the value that was passed to the call to panic. We might be tempted to use it like this:

But the call to recover will never happen in this case because the call to panic immediately stops execution of the function. Instead we have to pair it with defer:

A panic generally indicates a programmer error (for example attempting to access an index of an array that’s out of bounds, forgetting to initialize a map, etc.) or an exceptional condition that there’s no easy way to recover from. (Hence the name “panic”) 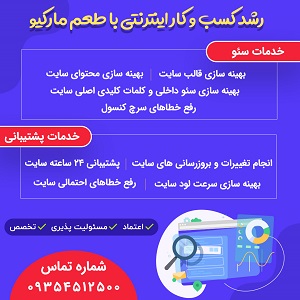 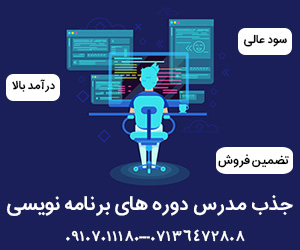